Are Electric Vehicles Bad for the Environment?

While the source of the electricity used to produce and maintain your battery electric vehicle can impact just how effective an EV is, there’s currently no scenario in which an electric vehicle is worse for the environment than a petroleum vehicle. 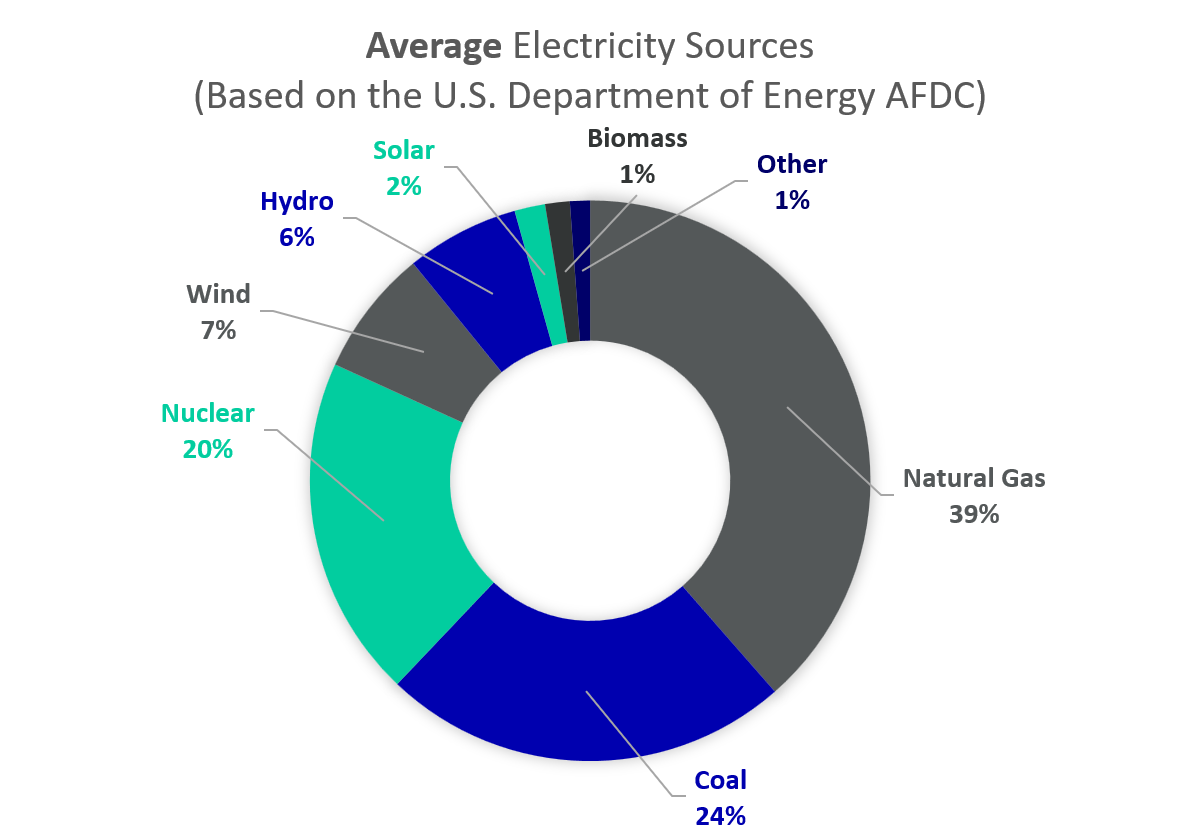 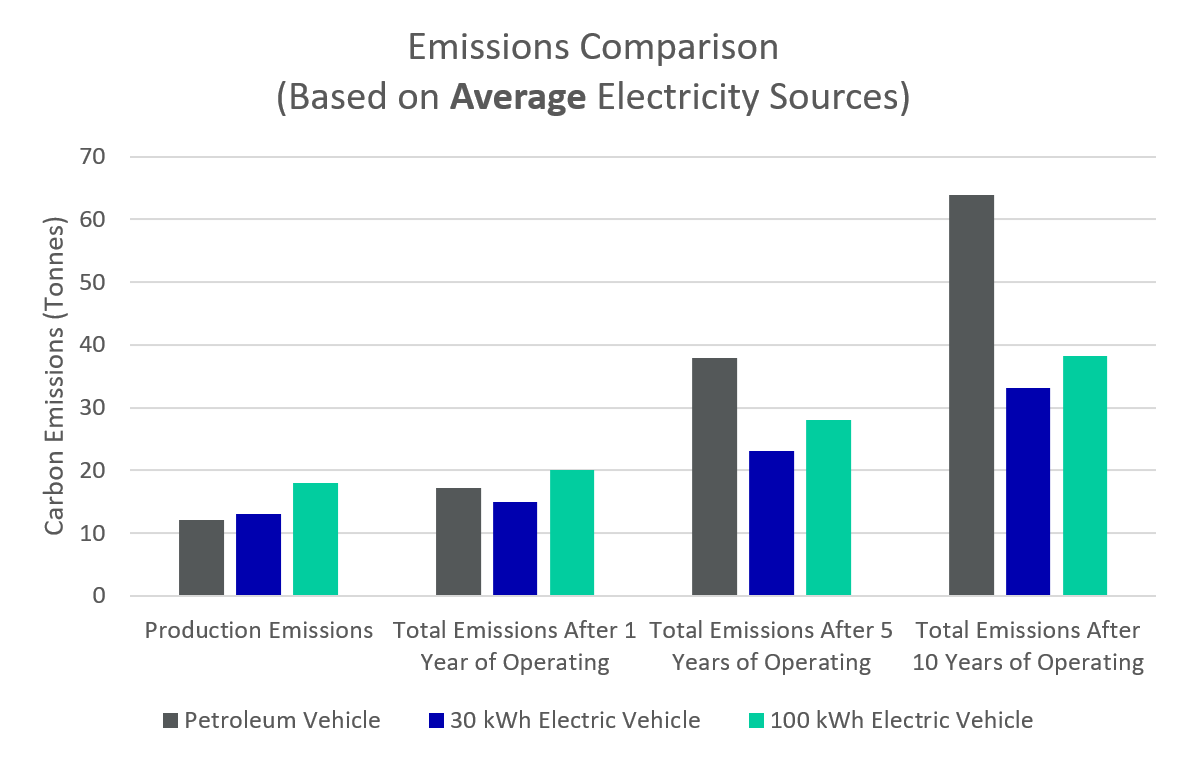 Until electric vehicle battery recycling processes catch up to the demand for new sustainable vehicles, EVs will have this initial setback in their carbon emissions. But, keep in mind, this is just an initial setback.

Even though traditional petroleum cars have an emissions edge on EVs in terms of vehicle production, the difference in operating emissions between the two is night and day. The vast majority of a petroleum car’s carbon footprint comes from it being in use.

According to the U.S. Department of Energy, the average petroleum car emits about 5.20 tonnes of CO2 every year that it is on the road. Compare that to either a 30 kWh or 100 kWh EV, both of which produce an average of just 2.00 tonnes of CO2 per year, and it’s clear that a petroleum vehicle isn’t going to hold the emissions lead for long. When considering the average production and operating emissions, an electric vehicle with a 30 kWh battery will begin to beat out the carbon emissions of a petroleum vehicle in less than four months. Even an EV equipped with a 100 kWh battery will consistently produce fewer emissions than its petrol competitor in under two years.

And that’s just based on current averages. As more regions begin to harness renewable energy on a larger scale, electric vehicle emissions will continue to drop lower and lower.

EV drivers in coastal US states such as Maine, which harness much of the energy for their electrical grid from hydroelectric sources, can expect operating emissions of less than 0.50 tonnes of CO2 per year.

*Electricity sources and resulting emissions may vary based on location.